This story, written in the style of popular websites such as Buzzfeed, quickly became the most read story in The Daily Aztec as of April 2014. The story went viral and in about a week it received more pageviews than The Daily Aztec has in an average month. 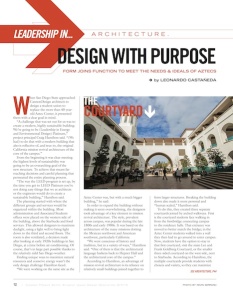 This story was part of special magazine commemorating the dedication of San Diego State University’s new student union. I talked to the lead designer behind the LEED Platinum-certified structure, which cost more than $100 million dollars to build, about the art and science behind the new center of campus.

eSports brings together gamers of all levels, Feb. 28, 2013, The Daily Aztec

For a gaming special issue of The Daily Aztec I profiled a growing club of e-sports gamers at San Diego State University. Download as a PDF